To begin, the worlds first Hyperloop could be between Chicago and Cleveland. Hyperloop Transportation Technologies (HTT) claims that they can build a 340-mile corridor within 3-5 years. The corridor would have passengers in pods arriving at their destination going as fast as 760 mph. This would reduce one’s journey by approximately 30 minutes.

The only issue that seems to present itself is that the technology does not quite exist yet. There’s not even land to build this project on either. There is also no knowledge of whether or not passengers could survive the trip at 760 mph.

The big idea behind this project is to connect the entire Great Lakes region to the eastern seaboard. HTT argues that this project would be environmentally friendly and would feature passive magnetic levitation and electric propulsion.

HTT predicts that the tickets would cost around $20 each and the Hyperloop would be able to carry 54,720 customers a day. Test facilities are currently being built in Toulouse, southern France. They are hoping to test a full-scale system later this year. There has not been any confirmation on whether or not the trial will include passengers.

According to Ben Cooke, the technology to build the Hyperloop does exist on the market today. Third parties, such as NASA, have validated this system as plausible and realistic.

All in all, “We’re pretty confident that the Hyperloop is going to happen – it’s just a matter of where and when. We want to have the benefits of being early adopters.” That is according the Northeast Ohio Areawide Coordinating Agency director Grace Gallucci, who formerly served as deputy director of Chicago’s Regional Transit Authority. 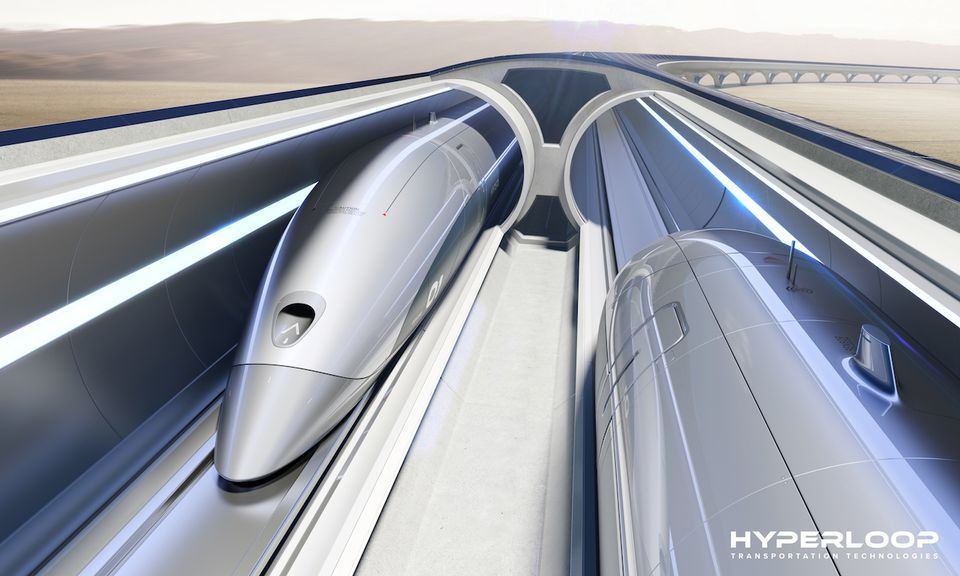 Above is what the tubes and pods could look like. Image: Hyperloop Transportation Technologies

Sign up with US Traffic Systems and receive special discount offers!